As the funeral procession of Honest Grounds temperament Allen “Black Cat” Lacombe turned for a final dirt track lap, his mourners awaited the unavoidable late fade. Ronnie Virgets positioned a wager that the hearse would toss a wheel at the eighth pole.

That was just Black Cat’s luck. He backed largely losers due to the fact his to start with wager at age 10.

I desire my luck were so very good.

I did acquire Bingo card #1 out for a spin last 7 days. I missed the initial broadcast—and hence the Rouse’s advert that weekly exams the greater selection of my listening to. With no Rouse’s advert, my card relied on “Highest Priced Ticket <$50,” turning my Bingo into a bet on the Under and keeping me on the edge of my couch until the closing “buh-byes.”

Inching out the cork of the champagne with each announcement of a $25 ticket price, Poppy’s pick of the week slammed it back in and sobered me up. $160 for a 5-course meal? This isn’t common, but this is WYES, not the West Napoleon Room Bingo Hall.

With the dabber loaded and without further adieu, welcome to this week’s edition of Steppin’ Out…

With the clock striking 7:00 p.m., the Rouse’s ad once again is presented as the evening’s amuse bouche. Is it slightly less peppered than normal? Are my eardrums not ringing? Am I not longing for the good ol’ Christovich Family to return gallantly as show sponsor?

Did our Bingo card accomplish something?

No, we’ve accomplished nothing of significance. I can name that opening tune in three notes. I wonder if there was a copyright problem with the Joe Jackson “Steppin’ Out” instrumental they formerly played. A good blog journalist or halfway decent law student would probably know the answer to that question.

No matter my opinions on the theme song, the warm welcome lifts the mood. At least my mood. No one else is sitting with a laminated Bingo card and open laptop for all this? C’mon people: updates on the restaurants, art, and entertainment scene!

With introductions made, we might have our work cut out. To the Peg-Poppy-Alan triumvirate, Doug MacCash and Jose Torres-Tama join. Doug is not wearing a neon tie, and Jose does not have half his face painted. I’m undecided if their more muted outfit choices bode well.

No signs of knife, fork, or spoon jewelry, but the blazer game on display gives us an immediate square. Five jackets for five panelists, with Alan and Doug each in white linen. A quiet homage to the night that shall not be named nor sweated through?

Poppy takes pride of place as the leadoff hitter, beginning with an actual homage, this one to the recently deceased Roy Guste, Jr., great-great-grandson of the Antoine of Antoine’s. Grandparent reference, check a box.

And a toast? With a Seven Three Distillery segue and Alan Smason as bartender? Sign me up and pour one out for all that. Except, Alan is a mixologist, right?

Poppy rounds out her first at bat with a food delivery service named “Dinner Saint.” I never celebrated its feast day, but the pics are fit for a feast. Write down the promocode (“LouisianaEats”), and count it for your Catholic Saint box.

Onto Jose, sans that face paint but with some glitter, skeleton gloves, and a Cadillac red jacket. Jose gets the “performer-artist-poet” triple threat description, but his title really should read “passionist.” The religious order of the same name would be lucky to have him – as would any organization. Jose is admirably committed to Latin artists and causes.

And he’s so perfectly bilingual. There’s nothing like hearing an effortless “Maritza Mercado-Narcisse” pronunciation.

Doug’s turn, apparently pinch hitting because of another death, this one of artist Mario Villa. Each guest has handouts for reference notes (Peg even has a binder at times), but they never seem to be reading a transcript. A few carefully transitioned photos or promotional slides help with that. Sometimes, though, we do catch Doug reading.

But because he writes it down, we get gems like this paragraph about Mario Villa tonight:

“He made simple welded iron beds, tables, and chairs that looked like they might’ve have come from the ruins of Pompei, then added fun flourishes like palm leaves and heroic busts and birds. His work was smart but unpretentious. It seemed so current but classical at the same time. It was elegant but wryly humorous. He really got New Orleans, and we loved him for it.”

Alan should have run on the Men’s 4×100 relay. For one, the U.S. team didn’t even make it out of qualifying, offering little threat of a worse finish. For another, Alan takes the baton as seamlessly as any panelist. Anywhere. Ever.

Sadly, he sprints us to another memorial, this one for Adella Gautier. He later would advertise memorial grants for Carol Sutton and Sherri Marina. I’m no math major, but even my Jesuit fingers and toes addition puts us at three of four panelists beginning with deaths this week, five memorials this show. Alan probably needs to make a few more drinks for us to numb so many losses. But the Census Bureau says we’re all the way back to 80% pre-Katrina population. As long as fire, flood, and AirBnB don’t end us first, hopefully a few more creatives emerge in the decade to come.

Creatives that maybe get their start at the Stage Door Canteen? Check that box. And the one for musiclovers169. And the one for a url over 25 characters. In fact, https://www.jpas.org/community-conversations/#god doesn’t even fit on my screen. At 49 characters, one more and it would go in block quotes.

Our anchor run, lap number two begins. In the last year or so “Steppin’ Out’s” structure changed to smaller, multiple segments for each guest. It was a good adjustment, keeping things moving and giving us more to await.

Does Poppy take her own photos? They don’t receive mention in the final credits. If so, I need to get on her filter level.

Jose also dabbles in photography. Quadruple threat. Immigration talk surrounding a future book sponsored by the Jazz and Heritage Foundation. All on a “Steppin’ Out” night!

Into the vaults to when WYES provided HGTV content! I don’t regret buying stock in the local PBS station back in 1989. Keep your HGTV, with its escapism and suburban envy and cutsie, twinsie hosts. Peg sounds the same today as she did in that 32-year-old voiceover, thank you very much!

And what a feature on Mario Villa’s home. Bayou St. John meets the Grand Canal in Venice – without the pigeons and pickpockets. I’m glad Baptism was so powerful for Mario, his artist godfather inspiring his own career in art. My godfather is an orthopedic surgeon, and I’m afraid of blood. Different sacramental marks.

Bonus points for the modern book collection amid all the antiques. The bright-yellow “Personal Finance for Dummies” on the side table was either a cry for artifact-indebted help or a fun joke. Choose one and check any square you want.

Under the gun and our anchor is back out there. Alan still manages to slip in a muffled “I’ll see you at the theatre,” a catchphrase I enjoy nearly as much as Coach O’s “Geaux Tigahs.” Forget mission statements we’re living in a catchphrase-sized world. Maybe our homework this week.

Picks of the week brings restaurant choices inspired by Puerto Rico, Haiti, Jamaica, and Cuba, a Latin funk band, an animated film set in Italy, and Tim Laughlin. “Steppin’ Out” is the only space that could do that.

With the credits rolling, Mr. Larry on Esplanade hits. My fourth corner! BINGO!

But quit the celebrating…Rouse’s is screaming again. Eugenie & Joseph Jones Family Foundation, come save my eardrums!

There’s a lot about life right now that’s not pleasant. When it’s easier to chart time by pandemic phases than trash pickup, mail delivery, and street reconstruction, you know things are rough. I’ve entitled this A Billet-Doux from Me to You because we all could use a nice love note every now and then. I’ll find some other, obsession-worthy topics to play nice with.

Watch the Steppin’ Out episode here: 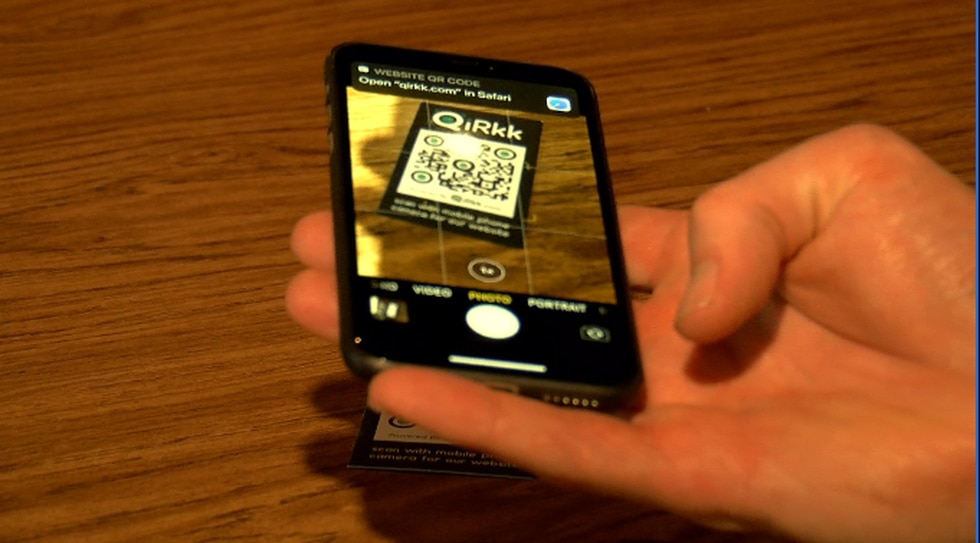